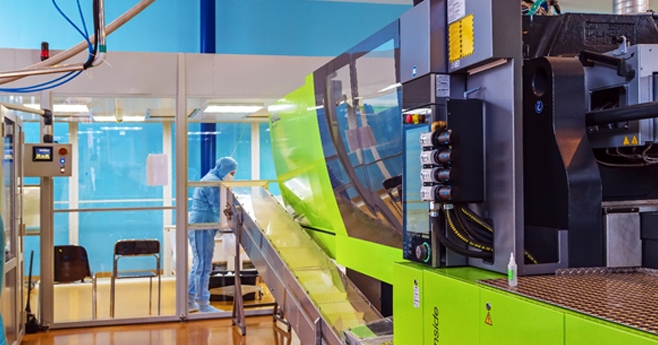 Sprays that nobody produce in Russia.

There are plans to launch the first in Russia production of sprayers for pharmaceuticals. Last week, the company ARUNA, which produces packaging for Miramistin and Okomistin pharmaceuticals, was visited by representatives of two European companies supplying equipment for medicinal products. An Italian company CANTONI is the leader in the production of molds for manufacturing products of various shapes (bottles, lids, nozzles, etc.), an Austrian company ENGEL is engaged in the production of injection molding machines, the molding devices themselves. The creation of a sprayer plant will attract 10-12 million euros of investments, and the company will create 100 new jobs.

"This visit was a result of lengthy negotiations on creation of a project of sprayers for medicine, perfume, food industry, as well as for household chemicals. Today, there are simply no such productions in Russia, all products of this kind are 100% imported. We are forced to purchase spare parts for aerosols abroad. The country mainly buys sprayers in China. Organization of the enterprise in the Kaliningrad Region will allow not only to bring safety to our market, but also to reduce the cost of the components, which will affect the final price of the products for the consumer", says Director for Development of the INFAMED K LLC, an advisor to the governor of the Kaliningrad Region on Investment Policy, Andrey Gorokhov. According to him, at this stage, an agreement has already been reached with the regional government to include this type of products in the list of import-substituting goods.

At the meeting with representatives of the foreign companies, the issue of expanding production of pharmaceutical packaging already existing in Aruna was also discussed. The equipment for it will be supplied by the Austrian company Engel. Andrei Gorokhov says that the production of pharmaceutical packaging by Aruna is a prototype of a large production in Bagrationovsk. 'We showed our German comrades, partners that we can do packaging of the same quality, and cheaper than theirs," Mr. Gorokhov said.

The first building of the plant "Aruna" is a compact brick building in several floors. Raw materials, which are used for the production of Miramistin vials, are brough from Austria (there are no counterparts in Russia). In the production zone, there are machines, where bottles and their components are formed, which are then sent for sorting into a special automated clean room (this provides the conditions for production in a clean environment). It is completely constructed from the Russian components.

When creating a clean room in the second building, only the components provided by Kaliningrad companies were used. "We are now able to make clean rooms ourselves. In the production of pharmaceutical products, this is the most difficult and expensive: the quality of product essentially depends on the preparation of air and water, "- says Andrei Gorokhov.

The purchase of new machines will allow Aruna to proceed with non-waste production. New equipment after itself does not leave secondary waste. Another advantage of new equipment is the speed of production of plastic containers. To replace one such machine, you will need about four old-type machines. In the second building, there is still preparation for future production. The equipment here is also adjusted for manufacturing of various products: vials, caps, urethral nozzles, packaging for eye drops.

'Sprays that nobody produce in Russia': report by RUGRAD.EU