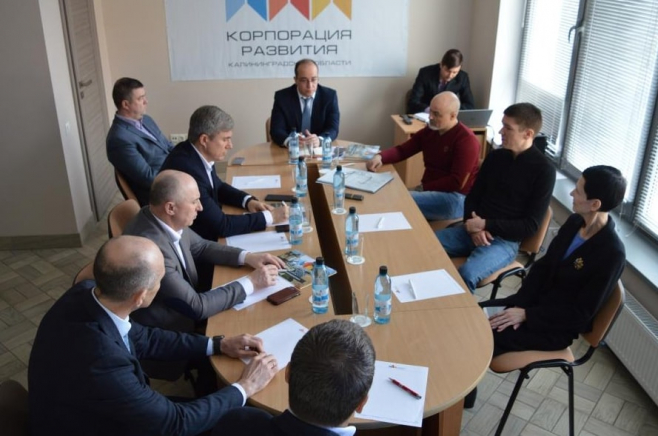 Promotion of industrial parks in the region will become coordinated

The Kaliningrad Region Development Corporation assumed this role. It will become a “single window” for promotion, search of investors and counseling on all private and public industrial sites in the region. This was announced on the 20th of March at the round table by the leaders of the Corporation and the management companies of industrial parks: ECOBALTIC, Khrabrovo, Chernyakhovsk, Stahlwerk, Ostmark, and Lesobalt.

“Our main task is to attract investors and localize productions in the Kaliningrad Region. Therefore, it is necessary to join efforts when it comes to promotion, methodology of work with investors, interaction with the regional government and regulatory authorities. There is a logic for the Development Corporation to be a “single window”, a platform for the discussion of existing issues and best practices,” Andrei Tolmachyov, Director General of the Development Corporation, said.

Such work is already carried out. During the recent visit of Dmitry Kozak, Deputy Prime Minister of the Russian Federation, the Corporation introduced all regional parks in one presentation, showing their specialization, opportunities, and prospects.

Major directions of promotion of the industrial parks in the region

Oleg Chernov, the Director General of the Investment Metallurgical Union JSC MC, supported Andrei Tolmachyov’s proposal, outlining the following major directions that need to be implemented as a part of a general task:

Oleg Chernov expressed the hope that the first joint meeting would launch the development of a “road map”, with clear deadlines and responsible persons.

Valery Voytyuk, Director of the Baltfarmatsevtika LLC management company, suggested to discuss new laws, standards and rules, that have influence on the activities of industrial parks on a regular basis (once a month or once a quarter). He also claimed the need to form a database on services that could be provided on a mutually beneficial basis by the residents of the industrial parks of the region.

According to Mr. Tolmachyov, the Kaliningrad Region Development Corporation plans to continue acting as a platform for discussing issues of infrastructure support, decrease of administrative barriers, tariff regulation policy and government incentives (subsidies, grants). ‘We are also ready to come forward with a consolidated position through introduction of amendments to the state legislation in respect of activities of industrial parks; furthermore, we are planning to assume the function of finding government incentives designated for infrastructure development’, Mr. Tolmachyov said.

Representatives of the Kaliningrad Region Development Corporation and representatives of the industrial parks of the region have come to agreement on information coordination when preparing for participation in the investment council by the governor of the Kaliningrad Region. There will also be an exchange of plans for the exhibition work and proposals for further cooperation.