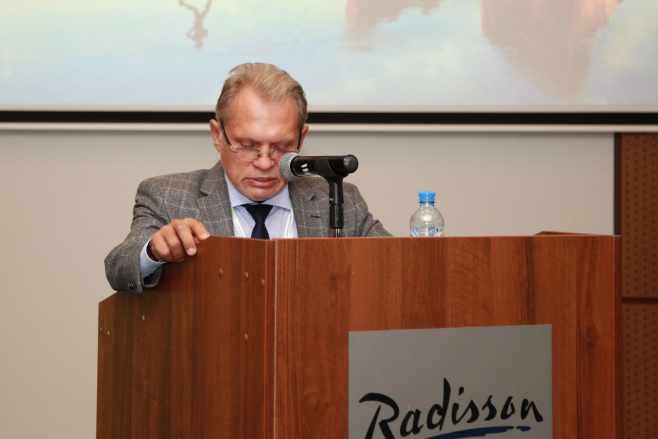 Ecobaltic has become a partner of VI Partnership in Kaliningrad

On September 21, the 6th Partnership “Medicines of Russia - to Interdisciplinary Dialogue” took place in the regional capital. The Association of Russian Pharmaceutical Manufacturers and the Ministry of Health of the Kaliningrad Region were the organizers. The event was organized by the Ecobaltic industrial park and its resident Infamed K company, the only pharmaceutical manufacturer in the region.

The topic of this forum, whose task is to serve the development of a dialogue between representatives of the pharmaceutical community and public authorities, was drug provision. Participants discussed issues such as the purchase of medicines at the regional level, the development of the Russian pharmaceutical market, including import substitution; opposition to cartel collusion, and etc. The topic of drug labeling, which caused a lively discussion not only in the hall, but also on the sidelines of the conference was not kept away.

Andrei Gorokhov, the founder of the Ecobaltic industrial park and the Infamed K company, has focused the attention of the forum participants on the problem of closure of the public procurement system for Russian pharmaceutical manufacturers:

“In the current state procurement system, only distributors and large pharmaceutical manufacturers can actually enter the auction. Small and medium-sized companies have almost no such opportunity. The reasons are lots for dozens of positions that cannot be closed by the line of their products, complex and constantly changing bidding procedures.

This deprives a large segment of the Russian pharmaceutical industry of significant resources for development, given that the volume of public procurement is comparable to the commercial market. Meanwhile, the creation of original domestic drugs is often carried out precisely in the SME sector, and one of the strategic tasks of import substitution is the transition from the production of generics to their own development.

The contract sphere as a whole performs its task of minimizing the corruption component, saving budget funds, and providing the population with medicines. However, “economies of scale” has expenses: the prices at the distributor auctions are higher than those of the manufacturers of original products. Sometimes there is a reverse process - the desire to reduce the price makes quality sacrifice.

To solve these problems, it is necessary to provide mechanisms for allowing small and medium-sized producers to trading, this will serve as a significant budget savings. Allow to "wedge" with their products in lots. To introduce representatives of the medical community to the competition commissions, whose recommendation will allow to choose, if it is necessary in this situation, not the cheapest drug, but the most effective one. ”

Representatives of relevant federal and regional departments made presentations at the Partnership: Deputy Director of the Pharmaceutical and Medical Industry Development Department of the Ministry of Industry and Trade of the Russian Federation Elena Denisova, Regional Health Minister Alexander Kravchenko, Deputy Prime Minister of the Kaliningrad Region Ilya Barinov and others. Director General of the Russian Pharmaceutical Manufacturers Association Viktor Dmitriev thanked all the participants of the Forum, highlighting that the established dialogue between the various participants of the Russian Pharmaceutical Pharmaceutical Market serves as an effective solution to the problems of drug provision of the population.

The following 7th Partnership will also be held in Kaliningrad, in 2019.